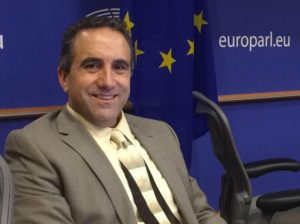 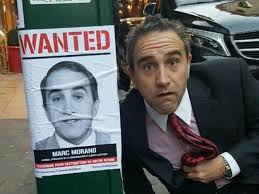 With his book “Politically Incorrect Guide to Climate Change”, Marc Morano vies to be the Thomas Paine of the movement to save the world from the tyranny of climate catastrophists. He exposes the seemingly infinite number of absurd claims, and the almost unbounded hypocrisy and venality of the proponents of this clearly inhuman and scientifically implausible attempt to control mankind by controlling and, more importantly, restricting access to energy. This book is an unrelenting polemic of the best kind.

I have never met Marc Morano, the author of this very interesting book, but I know him well from his excellent blog Climate Depot, which I read regularly. In the book he exposes the climate myths that even scientific organizations like the Physical Society and American Association for the Advancement of Science push. The Earth has existed for maybe 4.5 billion years, and now the alarmists will have us believe that because of the small rise in temperature for roughly 150 years (which, by the way, I believe you cannot really measure) we are doomed unless we stop using fossil fuels. We are now forced to use corn-based ethanol in our gas, subsidized windmills, and solar cells for energy; meanwhile, maybe a billion people worldwide starve and have no access to electricity. You and I breathe out at least thirty tons of CO2 in a normal life span, but nevertheless the Environmental Protection Agency decided to classify rising carbon-dioxide emissions as a hazard to human health. Marc Morano discusses the reasons and history of all these strange theories in his excellent book The Politically Incorrect Guide to Climate Change. Please read it, you will be amazed!” 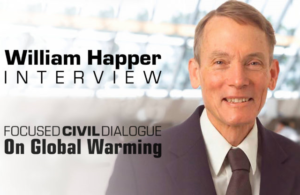 Marc Morano’s remarkable book The Politically Incorrect Guide to Climate Change documents, in their own words, how many honest scientists still insist that hypotheses not confirmed by observation should be rejected. It exposes the pernicious myth that 97 percent of scientists agree that increasing levels of carbon dioxide are an existential threat, one that mandates the surrender of human freedom and wellbeing to an‘enlightened’ climate elite. The book documents that many very distinguished scientists do not agree. In fact, more carbon dioxide is already benefitting the world through increased yields for agriculture and forestry, and from shrinking deserts. The hated ‘deniers’ are right. There is no emergency. When later generations of historians analyze the climate hysteria of our time, this book will be one of their most valuable references. 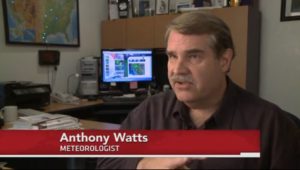 This book covers the history of climate, from the global cooling ‘coming ice age’ scare of the 70s to the ‘we have just a few years left to save the planet’ that characterizes the current global warming scare. Written in a light reading style, virtually every page is meticulously referenced with sources for the points he makes. Love him or hate him, Morano is very effective in conveying the history and the climate flim-flammery under the guise of science that has been going on the last few decades, mostly thanks to huge government funding of climate science. It reads like a postmortem verification of President Eisenhower’s farewell address, which warned of the ‘military-industrial complex,’ but also said, ‘The prospect of domination of the nation’s scholars by Federal employment, project allocations, and the power of money is ever present and is gravely to be regarded.’ 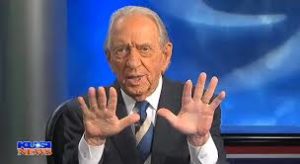 Are you kidding me? We all know that the icecaps are melting, the oceans are about to flood our cities, and more and more superstorms are happening. And the experts are certain that mankind’s use of fossil fuels is causing it all. We have all the facts; right?

The truth is that there is a debate about climate change but it has been very one-sided. With the U.S. government, all the scientific organizations, Al Gore, the Science Guy, Hollywood, the Democratic Party, and the United Nations all behind the bad news that our use of fossil fuels is destroying the climate of Earth, anyone on the other side of the debate finds themselves behind the eight ball. Peeking out from behind the eight ball is Marc Morano. In this great book he begins his comprehensive review of the debate about global warming by chatting about the history of climate scares in centuries past—and goes on to decisively debunk the current climate scare. By the time he’s done, you will realize you’ve been hoaxed. Climatenchange has become a scam.

As the founder of the Weather Channel and a six-decade veteran TV news weatherman, I know a great deal about this topic. We meteorologists are well aware of how limited our ability is to predict the weather. Our predictions become dramatically less reliable as they extend out into the future. When we try to predict just a few weeks into the future our predictions become increasingly inaccurate. Yet the “climate change” establishment that now dominates the UN bureaucracy and our own government science establishment claim that they can predict the temperature of the Earth decades into the future. Their global warming scare is not driven by science; it is now being driven by politics.

So today anybody who defies the prevailing “climate change” scare puts his career and his reputation into extreme danger. That is where we find Marc. He is living life behind the eight ball. Hehas been there for decades. But whatever you may hear from his enemie in the climate change establishment, he is no crazy denier or shill for Big Oil. The explanation is simple. He is so certain of his data that he is quite comfy there behind the eight ball. When you really study the issue, you realize that Marc Morano is absolutely right. And it turns out he is not alone there behind the eight ball. He has developed relationships with hundreds of brilliant scientists and other experts who are willing to testify, along with Marc, that in fact there is no significant man-made global warming.

This book is exactly what parents need to counter the indoctrination our children are now being subjected to. Starting at a very young age and continuing through their teenage years, American school children are being constantly bombarded with climate change propaganda. This is science gone bad. It has become political. And climate science has been hijacked by the extreme fringe of the environmental movement. The truth is that while climate is naturally changing—as it always has—no crisis is occurring and there is no reason to fear any in the future. This book uses over twelve hundred footnotes to bolster its compelling, scientific, and logical demonstration that Al Gore and the United Nations are dead wrong on climate fears. And maybe even more important, this book uses the climate change establishment’s own words to refute their silly claims.

Read this book and Marc will become your hero. Give it to your friends to read. Maybe in the end there will be enough of us who no longer believe the climate change hoax that he and those of us who know he is right can get out from behind the eight ball and enjoy life. Read on, my friend, read on.