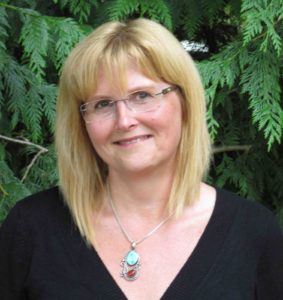 Polar bear specialist Mitch Taylor emailed me and others his response to the New York Times article that appeared Tuesday (10 April) about the Harvey et al. (2018) BioScience paper attacking my scientific integrity. Here it is in full, with his permission, and my comments. …

The real story has been the extent to which polar bears have managed to mitigate the demographic effects of sea ice loss so far. In retrospect this is perhaps not so surprising because polar bears have been around since the Pliocene which means they have persisted through not only glacial cycles, but also through all the natural climate cycles during the glacial periods and interglacial periods.

Did Susan misrepresent the predictions from Amstrup’s “Belief Network” [Amstrup et al. 2007]? Has she misunderstood the population estimates provided by the various technical committees and specialists groups? That is easy to check, because these papers are published. They are part of the record. I have been active in polar bears since 1978. I didn’t recognize 12 of the 14 names on the paper written criticizing Susan for publishing an article about polar bears because she does not have any direct experience in polar bear research or management. Does anyone need to point out how hypocritical this is? Since when does anyone need to tag a polar bear to compare what was predicted to what has happened, based on published information? ….

There are two ways to get a scientific consensus. One is to present the data and the analysis in a manner that is so persuasive that everyone is convinced. The other way is to exclude or marginalize anyone who does not agree. This occurs so commonly now that it has become an accepted practice. The practice of science has become secondary to governments, NGOs, journals, and scientists who feel that the ends justify the means.

The response to Susan’s work is politically motivated, not an argument against her conclusions. The journal’s response to this article and to her complaint was also political. Sadly, BioScience is not a credible scientific journal anymore. We have fake news and fake science.

If you can’t refute the argument, the only thing left is to discredit the author. Where did they get their funding? How many bears have they tagged? Are they in the club or not? … And if not in the club, what the hell are they doing voicing an opinion? How are right-thinking good people like us going to maintain the impression of omnipotent knowledge and scientific consensus if people like Susan are allowed to hold us accountable for what we publish? …

To me the loss of credible information is the real harm that has resulted from turning scientific inquiry into an agenda driven exercise … even for a good cause.

Some may see parallels within climate science world to the polar bear experience.