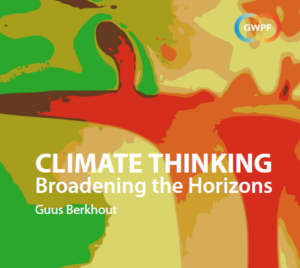 The existence of climate change is beyond any doubt. The big question is: ‘What is the principal cause of today’s globalwarming? Is it mankind, or is it the natural system?’ Without knowing the answer to this question, mankind could end up like a modern Don Quixote, fighting a foolish and pointless battle.

Current climate policies are based on the conviction that ‘the science is settled’ and that mankind is the principal cause of global warming. It is also believed that our technological capabilities will enable us to shape the Earth’s climate. But is there any scientific evidence for such a bold statement and for such an unconditional belief?

This essay gives an up-to-date overview of whatwe knowand whatwe don’t knowabout climate change. It is primarily meant for the millions of interested laymen who are desperate to hear a truthful story they can understand. These people have become suspicious of being misled by climate alarmists. As a group, they have the potential to put pressure on politicians to stop the use of poorly validated models and to focus on evidence-based climate policies.

The first message of the essay is that we can distinguish four principal causes of climate change (the so-called ‘CCL’ system):

• changes in the solar radiation and cosmic rays that reach the Earth’s atmosphere;

• changes in volcanism and heat convection from the hot inner Earth;

• changes in the emission of climate-affecting gases, produced both by Mother Nature and by mankind.

Note that the first three causes are entirely natural; only the fourth is a mixture of nature and man. The simultaneous interaction of these four phenomena with our turbulent atmosphere and oceans is extremely complex. Note also that planet Earth is unique in the solar system, having a surface that is 70% water. This property makes water a leading actor in the variations of the Earth’s temperature. In addition, unlike carbon dioxide (CO2), water occurs in three phases on our planet – gas, liquid and solid. Any change of phase causes an exchange of heat with the direct environment. It is not single-phase CO2 but multi-phase water that is by far the most important influence on the climate in our atmosphere. This dominance of a multi-phase material brings extra complexity to the climate system.

The second message is that the Intergovernmental Panel on Climate Change (IPCC) has focused on only part of one component – emission of manmade CO2 – from all influences in the climate system. This narrow view makes the credibility of the IPCC’s computer simulations highly debatable. ….

The IPCC’s computer simulations cannot explain the significant climate changes that took place prior to mankind appearing on our planet; their work primarily refers to the last 150 years, a fleeting moment in the 4.6-billion-year history of the Earth. There is currently no theoretical or empirical evidence that the simplifying assumptions in the IPCC models are justified. On the contrary, there is increasing evidence that simulation of the real climate system is far beyond our current capabilities.

The third message is that scientific progress requires the availability of open databases with reliable measurements. After all, in professional research processes, theoretical models need to be tested and updated by comparing simulated measurements with real measurements (‘model validation’). When measurements cannot be trusted, any reference to the truth is lacking and meaningful progress is prevented. Unfortunately this is exactly what happens in climate science, because of the poor state of global temperature databases. ….

Future climate research should make use of reliable databases and validated theoretical models. Evidence from other scientific areas, such as astrophysics – related to items 1 and 2 of the CCL model – and geophysics, related to item 3, should play a more prominent role in climate science.

This hopefully will bring about less arrogance in the climate community (‘we know it all’) and more curiosity to search for the truth. Such a renaissance will lead us to a better understanding of the Earth’s climate past and present, making us ready to say something meaningful – albeit still subject to uncertainty – about the future.

The last, but not the least, message is that in recent years we have seen that the output of climate models have made a huge impact on society at large. This gives an extra responsibility to climate scientists: they are not only responsible for the scientific quality of their research but also for what society is doing with them. Of course, climate scientists don’t need to explain the ins and outs of their models but they are morally obliged to make clear what the underlying theoretical assumptions are, what simplifications they have made and, above all, what this all means for practical policymaking. To prevent a huge waste of public money, climate scientists must resist any misinterpretation of their theory and any misuse of their models by politicians and activists. In that respect, IPCC has been of little help and the Paris Agreement of 2015 was a lost opportunity.

In this essay we will argue that ‘the science is not settled at all’ and that it is most premature to make a far-reaching agreement, as was done in Paris. When the future reveals that it is not manmade CO2 but the natural system that is the principal climate-driving force, society will be very unforgiving to the scientific community, and they will be right to be so.

The Intergovernmental Panel was managed by key officials from governments that had a firm grip on the coordinating lead authors. From the beginning, they has little interest in improving measurement technology. Instead, building computer models appeared to be their prime objective. In addition, validation was low on their priority list, They also made it clear that finding evidence for a manmade cause (CO2 emissions)was considere good news.

Unsurprisingly, this encouragement led to an extra bias in the focus on research. Favourable evidence was preselected and computer models were constructed that confirmed the anthropogenic cause. These models even claimed that they had could make predictions out to the year 2100. As a result, predictions were (and are) very alarming, and stated with increasing certainty. Alternative views were (and still are) not welcome. Model falsification was (and is) considered a hostile act. At some universities we even see what amounts to a regime of ‘climate-marxism’. The theme of this essay is thatwe still knowvery little about the climate.

The time of the Intergovernmental Panel – with all the scandals at its top – can be seen as a dark period in the history of climate science. My plea is: ‘Could we start again, please?’, this time with a sincere interscientific panel that searches for the truth, operating with an open mind, with interdisciplinary teams, with an emphasis on repeatable multidisciplinary measurements, with model verification as an obligatory research routine, and with an honest story to tell to society. Would that not be wonderful?