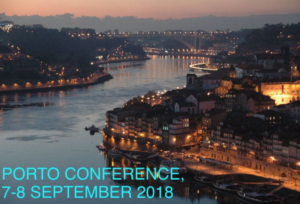 Basic Science of a Changing Climate: How processes in the Sun, Atmosphere and Ocean affect Weather and Climate.

This Conference is organized by the Independent Committee on Geoethics (ICG) as a continuation of the London 2018 Conference.

What a pleasure to see so many familiar faces and new ones I hope will soon become familiar, to our First Porto Conference on the Basic Science of Climate.

For about 30 years we have been hearing that the “Science is Settled”, there is no need for debate or discussion. I, for one, have never believed this to be true, science can never be settled or else we would still believe the sun revolved around the earth and angering the Gods would result in catastrophes.

Because we are in Portugal, I am going to use an Iberian example; sixty years ago, the only geologic map of Iberia was made. It is a lovely thing, full of bright colors and some is quite accurate, in fact, when created it was totally accurate based on the science of the day.

Sixty years ago, my 5th grade teacher told the class about a new theory of Continental Drift, that was beginning to get some buzz. She showed us maps that showed an uncanny resemblance to puzzle pieces that wanted to fit together. The more observant among us were captivated and became instant converts to this Continental Drift thing, especially when we learned that there were similar animals, plant, and rocks on both sides!

But this was a new paradigm sixty years ago, and no geologist of repute was going to let it interfere with what he or she “knew” to be true. They went ahead and made their fine map without taking that moving continents fairytale into consideration. But today, standing on the Portuguese Coast we can see their errors of omission. The fault lines are on the map but not identified as such nor is any distinction made between the different species of rock, it is all granite. Looking at the same rocks today, we see an entirely different story. We see faults, pegmatites, inclusions, and rock that have been through tortuous metamorphism under intense heat and pressure. We see rocks that have undergone tectonic change and we can follow, with our eyes, the fault lines and intrusive dikes along the coast. We also see rocks of many origins, some Precambrian, some younger, not all homogeneous granite.

This is proof positive that the science is never settled. In the Iberian geologic map example, within 15 years, their great effort was nearly obsolete. While there are several smaller maps made during the Tectonic Age, they tend to be local rather than regional. Alas, funding for baseline data always seems to be in short supply.

Science must be viewed as akin to a living organism, growing and changing from year to year, decade to decade. Good science keeps up with these changes, even looks for them and incorporates them into the work. What was true yesterday very possibly will not be true tomorrow thanks to ongoing research and observation. Our knowledge of what is true is constantly changing as we learn more and more about our complicated planet and the creatures and plants that cover its surface. In Science you can be a dynamic freethinker or a static slug. The slugs read papers or texts written in the last century or the one before and try to make them true today. The freethinkers will read those same writings but see where questions are not answered or answered incorrectly and use that as a spring board to a new paradigm.

I hope you are all seeing where I am going with this; climate is not a simple system, akin to the carbon or water cycles we were taught in grade school. These highly complicated systems were dumbed down so our developing brains could grasp the basics of photosynthesis and hydraulics. In college and grad school, we should have learned just how little we do know about Earth’s climate, that our knowledge barely skims the surface of what us going on around us and the many factors affecting climate and weather, heretofore undreamed of.

Buried away in a cold basement computer room, there are scientists today who believe completely that if they just stick to the simple diagrams of climate and plug this into their models, a miracle will occur, the computer will crunch the data and change it into a new truth. But what really comes out is the truth the model writer desires and this is not science.

We know a lot and some of what we know is probably not going to change like rocks or watermelons dropped from a tall building will fall towards the ground. If they are dropped from a sufficient height, they will reach terminal velocity and when they impact the ground the rock will make a dent and the watermelon will disintegrate into small, wet bits.

Sixty years ago continents did not sail around on the Earth’s crust and were always exactly in the same positions as when they came into being a few billions of years ago. Today we know this to be nonsense and because we accept this movement, have been able to work out a lot of Earth’s puzzles.

Today we are going to hear some remarkable new ideas about our climate and what makes it tick. We are going to hear from people who just got curious about something going on in another room where another sort of science was going on and used that to fuse a new paradigm.

We have only in our lifetimes had access to computers with the power to show us everything going on around the world in something the size of a chocolate bar. This saves us hours in the library searching out papers and waiting for them to arrive via the mails or InterLibrary Loan. Now we hear a rumor, we start searching, and zowie, there it is, downloading on our screen. We can now access an entire world of papers written by people with different points of view or who have been fortunate enough to observe something vitally important but easy to miss. More importantly, now we can speak with our friends and colleagues around the world and discuss things in real time.

We live in a fantastic world for discovery and it is not necessary to leave home for a span years to sail off on a leaky wooden ship to foreign lands. Now we can do some preliminary research at home, narrow down our focus, and jump on a jet to go see! We can easily arrange to have others meet us in that spot so many eyes can observe and learn, then discuss and formulate a bigger idea.

Cooperation among scientists of different fields of study has never been more important. It is fine to know a lot about a single thing but keeping the brain open to other, unrelated things is how new paradigms come into existence. Everything is connected in some way, be it large or small, and missing that one connection could mean the difference between an exciting new discovery and tired old trash.