Mr. Mörner, you have recently visited the Fiji islands in South Pacific several times in order to research changes on the coasts and sea levels. Why Fiji? 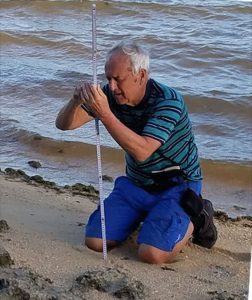 Nils-Axel Mörner: I knew there would be a science conference in New York in June 2017 that focused on sea level changes in Fiji. In addition, it was known that the island nation would chair the 23rd World Climate Conference, which took place last November in Bonn. Thus, Fiji moved into the focus of interest. It was said that the rising sea level had done a lot of damage there. I wanted to check with my own eyes if that is true.

What made you sceptical?

I have been researching sea-level changes my entire life, traveling to 59 countries. Hardly any other researcher has so much experience in this field. However, the IPCC has always misrepresented the facts on this topic. It exaggerates the risks of a sea level rise enormously. The IPCC relies in particular on questionable computer models rather than field research. However, I always want to know what is going on. That is why I went to Fiji.

However, according to ProClim, the Swiss climate research platform, there are a series of measurements in Fiji that show a sharp rise in sea level in recent decades. Specifically, the sea level has increased by 5.4 millimeters annually since 1990, which is twice as much as the global average. 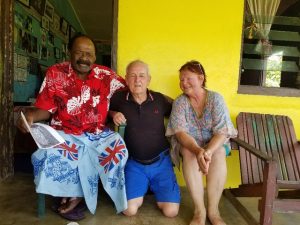 Yes, I know these measurements. These are two series of tide heights, that is, water levels at low tide and high tide. We checked these data – with the result that they are of very poor quality. One series has been influenced by the fact that port facilities were built on loose sediment soil near the measuring station, which could have changed tidal heights. For the other series, the measuring station was even moved. The researchers who rely on such data are office workers. They are not specialized in coastal dynamics processes and sea level changes. Many of them have no idea of ​​the real conditions.

How did you go about getting better data?

On the one hand, we have been following the given examples, where sea level rise is said to have led to coastal erosion. The result was that erosion has been caused by human intervention – such as new coastal structures altering water currents or increased harvests of sea cucumbers, which could have destabilized the seabed. To prove sea level changes over the past 500 years, we have dated sand deposits to see when they came into being. In addition, we have researched the spread of coral in recent centuries. Typically, coral reefs grow in height when sea levels rise and in width when they remain constant. If the level drops, corals die off. Corals do not lie; they are a reliable indicator – much more reliable than tidal measurements.

What was the result?

We were able to prove that the sea level in Fiji from 1550 to about 1700 was about seventy centimeters higher than it is today. Then it sank and was about fifty centimeters lower in the 18th century than it is today. Then it rose to about the current level. In the last 200 years, the level has not changed significantly. For the past 50 to 70 years, it has been stable.

Not really. It was not the first time that the claims of the IPCC turned out to be wrong. ….

Why do many climate researchers warn then about sinking islands?

Because they have a political agenda. They are biased towards the interpretation that man is causing climate change, and that it is a threat. The IPCC was founded with the purpose of prove man-made climate change and to warn against it. His goal was thus fixed from the beginning. It sticks to it like a dogma – no matter what the facts are. As a specialist in sea level developments, I have consistently found in recent years that the IPCC team does not include a single expert on this issue.

Is there no problem with the rise of the sea level at all?

You are among the most distinguished critics of the IPCC. Why have you distanced yourself from the warnings of manmade climate change?

In 1991, I gave a scientific presentation at a conference on sea level changes in the U.S. The representative of the IPCC present there responded with great anger to my point of view. This reaction surprised me. Because in science circles, it is usual that you listen to each other and debate about different points of view. Later, I noticed more and more that the IPCC was disseminating false information and adhered to obvious mistakes. I then published a paper on the influence of the sun on the sea level, which was supported by 19 recognized experts. However, the IPCC attacked the paper with outrageous claims and caused the scientific journal, in which it was published, to be discontinued. ….

Why do we hear so many warnings about climate change then?

Some people have exposed themselves heavily with their claims and obviously cannot go back now. In addition, public research money flows almost exclusively to climate alarmists. We are dealing here with a quasi-religious movement that claims to protect the environment. The fight against global warming is now set against the fight to alleviate poverty. …

What will happen next?

Solar activity is expected to decrease over the next few decades and there will be cooling as a result. By then it will probably become clear how wrong the warnings of global warming are. 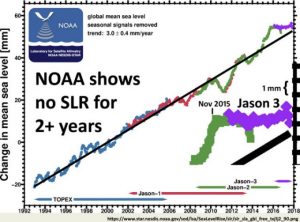