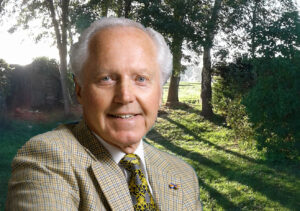 Faith in the future is a principal source of happiness. That’s why many of my generation have fond memories of the 60s. Although prosperity was much less than today, we firmly believed in continuous human progress. Everything in the future was expected to be better.

How different is that today! Prosperity now is much higher than it was back then, but our faith in the future seems to have vanished from altogether. Today’s generation is constantly bombarded with pronouncements by climate prophets who advocate doom and gloom about the future of our planet. For many years they have been told that hundreds of billions are required – in our country alone! – to prevent catastrophic climate disasters. According to the climate activists, it’s five to twelve! But is it?

I know that you would like our country to be in the vanguard of the fight against climate change. But are you aware that you have been consistently misinformed? Do you realize that reality is very different from the gloomy image that has been presented to you? Are you also aware that would all those costly climate plans envisaged today be implemented, the increase in global temperature at the end of this century will only be 0.00030 C less than if we would have done nothing at all? This temperature increment is so small that it can’t even be measured! Shouldn’t we better spend public money on issues of more immediate importance?

In my letter, I would like to present to you five de facto mistakes in the arguments that make up your proposed climate policy:

In conclusion, the climate science is far cry from being settled. The natural phenomena ‘sun plus wind’ will never be able to provide the required amount of energy in our country (certainly not in a reliable affordable way), the burning of biomass is worse than the burning of coal and green hydrogen is only an option when sufficient green energy to produce it is available.

But what should really concern you is the fact that our society is subject to an ever-increasing polarization. More and more citizens do not want to see the Netherlands turn into a jungle of subsidized wind turbines and solar panels. They are increasingly realizing that the positive effect of all proposed actions and investments on the climate is marginal, but the negative effect on their income is huge.

That is why, Prime Minister, my compelling message to you is that the Dutch approach to establish a climate policy must change. It is of utmost importance to separate and disconnect the environmental and climate policies, stop extensive logging for wood burning, temporize the prohibitively expensive energy transition and provide citizens with honest information on national costs involved.

The latest scientific findings show that we have plenty of time to include the knowledge of critical experts, who until now have not been allowed to sit at the climate roundtables and participate in the discussions that solemnly affect our future. Let us draw up a much stronger national plan, based on a dual strategy: adapting to matters over which man has no control (‘adaptation’) and preventing matters over which man can exert influence (‘mitigation’). Let us forget the doom and gloom stories of the past and let us restore faith in the future.

P.S. In a formal reaction to the book ‘Hundred authors against Einstein (1931)’, Einstein responded: “Why hundred? If I were wrong, one would have been enough.”